← more from
Ramp Local
Get fresh music recommendations delivered to your inbox every Friday.
We've updated our Terms of Use. You can review the changes here.

Forest of a Crew 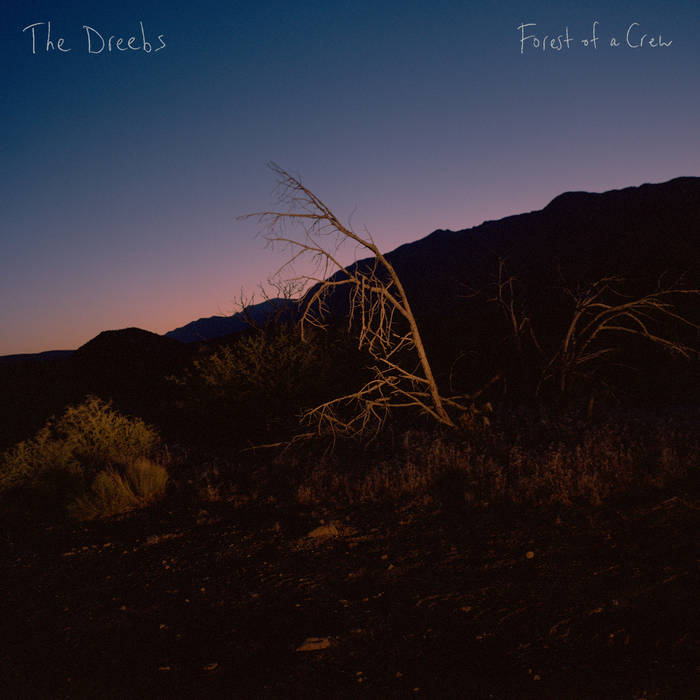 Album Description by Andrew Savage:
I credit one member of The Dreebs with saving my life, in Mexico, by calming me down while we travelled by horse on the side of very steep cliff. I admit that I have endangered another Dreebs’ life by encouraging him to take bootleg “legal ecstasy” in Amsterdam. The point is everybody is alive and well, and gratitudes and apologies have been extended.

First a little catch up for the unacquainted: Every member of The Dreebs has, at some point, been a member of PC Worship (that is if the players in the notorious New York City collective could ever be called members). The Dreebs were first described to me years ago as PC Worship’s weirder side project, which immediately caught my attention because, how could a band be weirder than PC Worship. I’m not going to even attempt to quantify that because it’s utterly impossible. Though over the years, we’ve seen a sort of Dreebian declaration of independence by their increased presence in the New York City DIY and avant-garde scenes. That independence has been loudly articulated in the form of “Forest of a Crew”.

Listening to these songs, it seems unfair to call The Dreebs an accessory to any other band. Recorded at their headquarters in Brooklyn, the record will likely be an introduction to the band for the world beyond New York, if not just the New York beyond DIY. Like any wonderful piece of art, it mirrors time and place. Unease competes with calm assurance throughout the album, but most dramatically and spectacularly on “Love Your Body”, where Shanon Sigley’s lyrical drumming enforces Adam Markiewicz’s barked vocal delivery and foreboding violin. Yet the barking melts into a gentle falsetto, delivering the listener, momentarily, from uncertain tension to safety, like dipping into a warm bath. One would be forgiven for connecting this dichotomy with the pattern of American life in 2018, where tension and uncertainty are common denominators. Jordan Bernstein’s percussive approach to prepared guitar makes the breakdown in “Reese” sound like Jesus Lizard-gone-Gamelan. There is a timbre in the way this sound harmonizes with Markiewicz’s violin that sounds really alien. This makes The Dreebs seem less like a collection of players and more like a single body whose main instrument is texture.

“Forest of a Crew” is the sum of eight songs and seven instrumentals. These pieces wash over the listener like vignettes of a fever dream, punctuated with moments of terror and beauty. It exists not in romanticized New York of old where artists could survive in squalor so long as they existed in inexpensive and undesirable locations where no squares fear to tread. Rather, the hellscape of The Dreebs is of a different variety, where even Bushwick is unaffordable and the decision to live as an artist in the city has become a perilous one. And in spite of, or rather because of this, “Forest of a Crew” is an inspiring testament to the tenacity and commitment of the minds and hearts that brought it to life. Maybe knowing this has saved my life in a way I cannot yet fully understand.

Bandcamp Daily  your guide to the world of Bandcamp

Sampa The Great joins the show to discuss her release, "As Above, So Below".